Here at Voyager, we love finding talent and the use of talent shows to do so! Read this article to see big names in Australian music, who started off just like you! 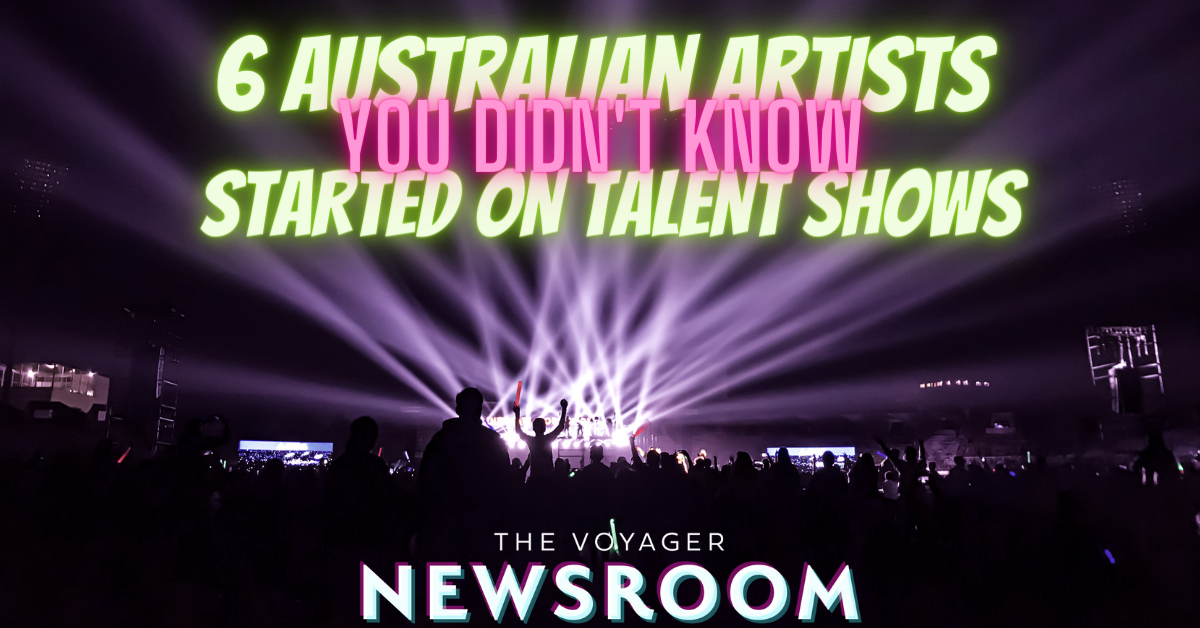 If You’re a Voyager member, chances are, you love being a part of talent shows, whether it’s you performing at one, or watching them! Australia has an amazing history with creating stars from shows like The Voice, Australia’s Got Talent, and Australian Idol (when that was still being aired). This article is here to show you the importance of talent shows and that no matter at what level it is, they are there to help develop your performance skills as an artist and develop your artistry. Read ahead to find out artists who had dreams just like you!

Bonnie was on the first season of Australia’s Got Talent and was the Grand Final winner at only 12 years old. Bonnie showed major potential at a very young age and she is still shining as bright as ever! Today, Bonnie is well known for her full-time role on the hit Australian TV drama, ‘Neighbours’ as fan-favourite, Bea Nilsson. The show has given her a platform to show off her amazing voice as her character is a singer and Bonnie herself, sings the iconic theme song. To top it all off, she recently was announced the winner of ‘The Masked Singer Australia’ where she performed alongside our very own Isaiah Firebrace.

Lisa Mitchell started on 'Australian Idol' where she placed sixth in 2006. She shot to fame when her song “Coin Laundry” from her first studio album ‘Wonder’, made big waves on the Australian Aria Charts and she has been making music ever since. Lisa is currently working on her fourth studio album and is a force to be reckoned with on Triple J. With countless APRA nominations, world tours, and festival performances, Lisa shows how talent and humility is a great combination for success.

Zeek Power, the man who oozed class and a certain level of individuality, was a contestant on ‘The Voice Australia’s’ 8th season, where he achieved a 4 chair turn around and produced some of the best performances ever given on the show. His soulful interpretations of all songs he sung showed the audience how versatile he was as an artist and the potential he had, beyond the reality TV show. Zeek is still living up his life with new music, a Youtube account, posts on social media where he shows off his warm voice and fun personality. Zeek is doing live sessions during lockdown and is still writing and putting out new music. Check him out!

Although known professionally as Vera Blue, Celia Pavey placed third on Season 2 of ‘The Voice Australia’, where her striking red hair won the hearts of many Australians. Vera Blue has gone on to work with the names of Flume and Illy, 2 of Australia’s biggest artists on chart-topping songs. She has gone platinum multiple times with her label Mercury Records Australia and performed at major music festivals like Splendour In The Grass. She has supported Conrad Sewell and Matt Corby at both their national tours and in August 2020, released her newest single, ‘Lie To Me’ which has accumulated major traction and popularity within the Australian Music Industry.

Shane Gilberto, or as you would know them as under their stage name, Courtney Act, is a singer, performer, drag queen, reality TV star, and a prominent member of the LGBTQIA+ community. Courtney was on the first season of Australian Idol in 2003 where she was the first open LGBTQIA+ member to star on a reality TV show. Since then, she later joined the TV show ‘RuPaul’s Drag Race’, where she placed in the top 3. Courtney has also had her own dating show, was a contestant on ‘Dancing With The Stars Australia’ and 'Celebrity Big Brother.' Courtney Act is an influential figure in Australia’s popular culture as she is someone who teaches us all, to be proud of who we are.

Matt Corby was just 16 years old when he appeared on 'Australian Idol' in 2007. He was a runner up and described his time afterward as a difficult one, as he struggled to find his identity, away from the show. It didn’t take him long to find his feet and soon after, released songs that wow’ed not only Australian listeners, but the rest of the World too. His 2011 single ‘Brother’ and 2013 single “Resolution”, both won Song of The Year at the Aria’s and since then, toured nationally and internationally. This year he has released his two singles, ‘If I Never Say A Word’ and ‘Vitamin’, which is a reflection of his ability to create music that is made to make us feel something and show off his husky, raw vocal talent.

These artists show us that no matter where you start, your potential is endless if you keep working at your craft! Where do you see yourself in 5 years?