Songwriter Of The Month - Olivia Rodrigo

This month we do a deep dive into the up-and-coming singer/songwriter Olivia Rodrigo. CLICK HERE if you want to find out all things about Olivia, her music and her top 3 songwriting tips. 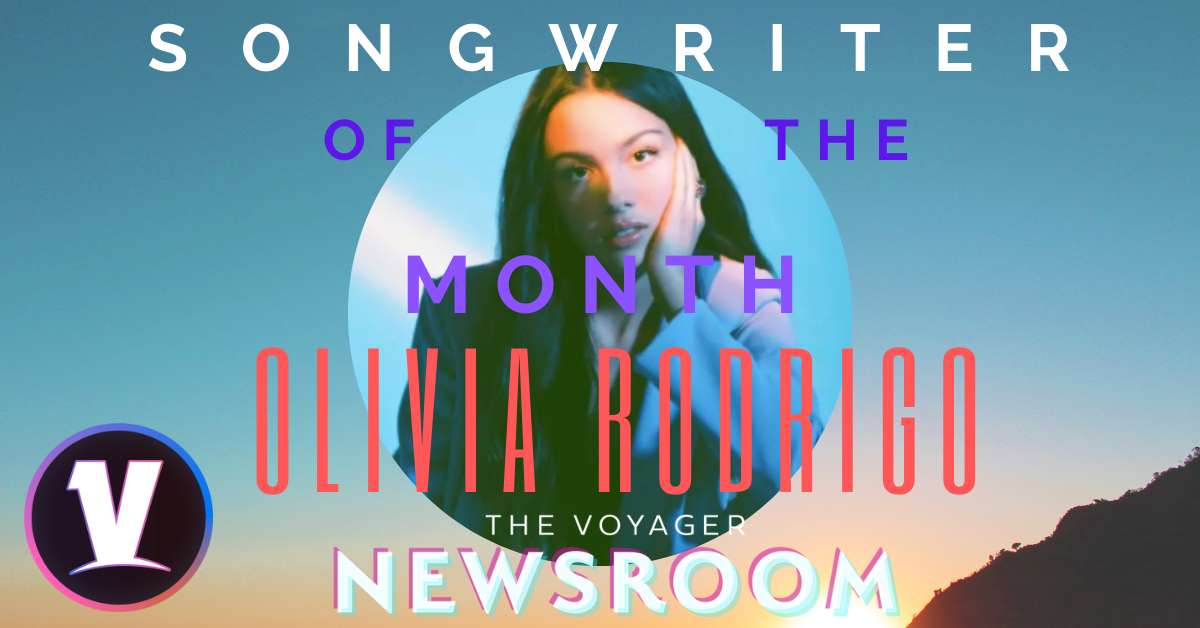 This month in Voyager’s Newsroom, we will be delving into the crazy life of Olivia Rodrigo. The up-and-coming artists that we have been hearing ALL about in the media for the last few months. We thought it would be good to do a deep dive into Olivia’s career and get songwriting tips from one of the youngest yet most successful songwriters today.

Olivia Rodrigo is 18 years old and was born in Temecula, California. Her love for singing started when she was just in kindergarten and from then on, Olivia has not stopped her drive to make a name for herself and her music. Olivia started gaining confidence with her singing by starting lessons and entering many local talent shows. She soon picked up piano and guitar at age 12 and from there, she began to write songs. She says she only “wrote songs to show her mum or friends”, feeling shy that her talent wasn’t good enough to put out there just yet.

In 2016, she was cast as Paige Olvera in the Disney Channel series Bizaardvark which then led to her starring role as Nini Salazar-Roberts in the Disney+ series High School Musical: The Musical: The Series, which follows a group of drama students at East High School who puts on the production of High School Musical. It was during the filming of this show that the show's creators, found out Olivia could song write and encouraged her to create some original music for the show. Written in her living room during finals week of her sophomore year, "All I Want" was written and has now had millions of streams when first debuted on HSMTMTS, topped music charts all around the world, and for the first time, Olivia found her voice and confidence for her music to be shown to the world.

Since “All I want”, Olivia has released many songs through HSMTMTS but has recently dropped 2 singles through Geffen Records and Interscope Records. “Drivers license” her first single amassed over 67.7 million streams in the first week of being released and topped charts all around the world. Her newest song “Deja Vu”, which was released 3 weeks ago, was #3 on Spotify’s streaming chart after only one day. Both these songs were co-written with the amazing Dan Nigro and Olivia gives big credits to him for the overall song production, lyrics, and success of them.

So by now, you should understand just how talented Olivia is and her music industry road is only just starting! Let’s get into some of Olivia’s songwriting tips:

Olivia preaches about drawing inspiration from those you look up to, as it broadens your music horizon but also teaches you a different way to song write.

Olivia is a major Taylor Swift fan and she’s “Obsessed with the way Taylor story tells and creates imagery in her music” so that’s something she tries to bring to her sound. This is evident in both “Driver’s License” and “Deja Vu” lyrically and also by how she and Dan added hidden elements to give listeners a picture.

Examples: Olivia adds harmony on the lyrics “singing in harmony” (Deja Vu) and puts a soft talking “I love you” when she sings “Now I bet you even tell her how you love her in between the chorus and the verse”. Olivia is also influenced but New Zealand singer Lorde and in an interview, Olivia said “Lorde teaches me about music production and she’s so poetic, which is how my music starts too, through poems”.

TIP 2: FINISHED IS BETTER THAN PERFECT

Olivia knows the pressure of trying to come up with a better song than her last and with her 2 songs making history with streaming numbers and views, it would be easy to get caught up in that and feel overwhelmed.

She says her biggest savior when writing her album is "if you can't 100% finish a song, at least finish the idea”.  She goes on to say, “you’re never gonna learn from something if you throw it away the second you think it's not good. You won’t learn how to craft something good if you wait for inspiration to hit you”. This then leads to her third songwriting tip.

TIP 3: SHOW UP WITH YOUR MUSIC

“You can be super talented with songwriting and music but none of that matters if you don’t show up and work hard”. She explains that during lockdown, she wrote a song every day to not only better her craft, but also because she knows that if she wants to keep expanding her writing skills, she needed to show up, put the work in, and trust her process. This is a great tip for those new to songwriting as it's just as important to work hard at it, than to trust your natural talent. Both are great skills to implement.

Olivia is truly an artist to watch and we can tell she is going to do some great things in her lifetime. Stay up to date on all her socials so you don’t miss any updates or new releases by Olivia. She has her debut album “SOUR” coming out on May 21st.