If you missed it, The AFL Grand Final 2020 happened last weekend and with borders closed in Australia, this made for a diverse line-up of Australian Artists! In this article, we explore the performer's careers and backgrounds #SupportLocalArtists 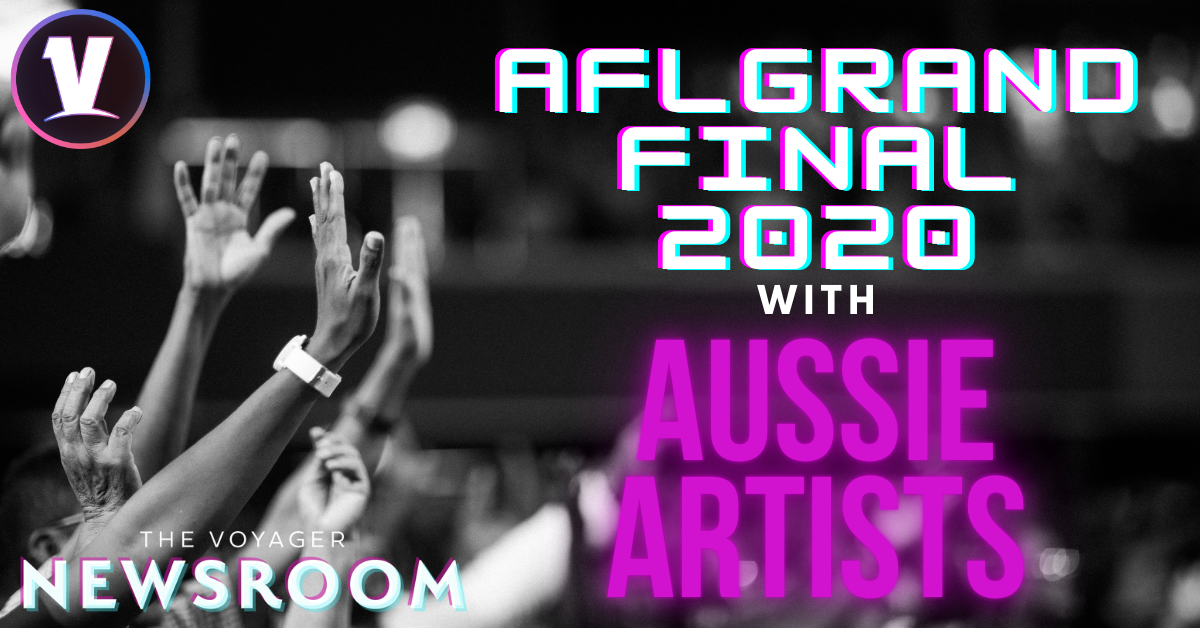 2020 has been a different year for everyone and the AFL Grand Final celebrations were no exception. Although we love watching the game and cheering for our favourite teams, one of the highlights of the night was the pre-game and half-time entertainment as they were all Aussie artists! It was so wonderful to see such a diverse and cultural line up of entertainers and showcased the talent we have right in our Home Land. Let's take a look at the performers and explore them a little more!

Thelma Plum, Zaachariaha Fielding (of Electric Fields), and Jeremy Marou (half of the Busby Marou duo)

This talented trio performed a cover of Paul Kelly’s ‘From Little Things Big Things Grow’. The individuals themselves have a rich background in indigenous culture and music.

From Brisbane, 25-year-old Thelma is an indigenous Australian who has a bright musical future ahead of her. With her debut EP “Rosie” being a success, her song “Better In Blak” made waves internationally for her raw storytelling on being an indigenous woman. With Triple J Unearthed, NIMA and DEADLY wins under her belt, I'm excited to see what Thelma does next!

Electric Fields is a brother duo bringing together the creativity of music producer and composer Michael Ross and the pure vocals of Zaachariaha Fielding, “whose rare and beautiful voice has been described as taking soul to the stratosphere” (Triple J Unearthed). These two show how traditional Aboriginal culture can create magic with electronic music.

Jeremy Marou is a musician, youth worker, and grand-nephew of land rights champion, Eddie Mabo. The duo Busby Marou released their debut album last June where the album reached #24 on the ARIA charts and #5 on the Australian artists' charts. They have won some prestigious awards with one being the Indigenous Award at Brisbanes Q Song Competition and won for Most Promising New Talent In Music in 2010. Jeremy found his love for music performing in his local church every Sunday and from his Dad’s talent with music.

The DMAs performed two songs at the grand final, starting with a cover of Cher's Believe, (They covered this for Triple J's Like A Version in 2016 which ended up at number 6 in that year's Hottest 100,) and was followed up by their most recent single, 'Criminals'. The DMAs are a three-piece rock band that formed in 2012 with members Tommy O'Dell, Matt Mason, and Johnny Took. They have supported Liam Gallagher, The Kooks, and many other international acts on their tours. On the 10th of July 2020, they released their 3rd studio album which peaked at number 2 on the Australian charts.

We can not forget the iconic Mike Brady performing alongside didgeridoo player Ron Murray at the MGC who sung his most known song 'Up There Cazaly".

Cub Sport performed ‘These Days’ by Powder figure last weekend at The Gabba. From Brisbane, Cub Sport is made up of Tim Nelson (Vocals & Piano), Dan Puusaari (Drums), Sam Netterfield (Keyboard & Vocals) Zoe Davis (Bass & Vocals), and Andrew Williams (Guitar). In 2012, their band shot to stardom after releasing their song “Evie”. Their next single “Told You So” then made great strides in the US on college radio arena. They have toured along side some of Australia's greatest current bands like Ballpark Music and have won a National Live Music Award and been nominated at the ARIAS.

Performing their biggest hits “Joker” and “The Thief” at the AFL Grand Final, this was the highlight of many watchers night. Wolfmother is from Sydney and formed in 2004. The band has gone through many different formations with different members coming and going with Andrew Stockdale, being the only constant member. They have had multiple albums, won ARIAS, MTV Australia Awards, and a Jack Award. They have been nominated for a BRIT Award and even won a Grammy in 2007 for their song “Woman”.

The half time entertainment who played their songs, “Coming Home” and “Geronimo”, lit up the stadium not only with lights and fireworks but the atmosphere as well. Sheppard was formed in Brisbane and first was just a brother-sister duo of George and Amy Sheppard. Amy had asked for help with a school music project and soon enough, George, his mate Jay Bovino and their younger sister Emma, joined the project and formed Sheppard. They have released 3 albums winning AIR Awards, APRA Awards, ARIA Awards, and World Music Awards.

With such a solid lineup, it makes me hopeful that in coming years, the AFL will start to put more Aussie acts on the playing bill. We are so lucky to live in a diverse country so why not choose the artists that represent that best?